Have you ever thought to yourself that you are just not confident? That you were born that way, and are consequently a slave to your genetic destiny? You were shy in school and now in adulthood and that is just the way it always has been and always will be. If so, you are not alone, of the hundreds of people I have supported in feeling more empowered in their careers, this is an incredibly common belief.

Perhaps you are introverted, have always been shy or are terrified at the thought of public speaking, perhaps you are not as loud as your friends, make less jokes, say less, contribute less in meetings, worry more about what you are about to say, hate networking, speaking on the phone or anything else that may come up for you. I have worked with thousands of people, at all stages of their careers and nearly all of them are intimidated by something, so what really is going on here?

Are some people just born confident?

There is a common belief that some people are just naturally confident, making the gap from petrified to pro seem to be a bridge that only some are biologically destined to cross, whilst others watch on, twiddling thumbs and avoiding eye contact.

Research to suggest that confidence is genetic is limited and a little scattered, often buried within other personality research, though there is an argument for it. Two main studies comes from geneticist and psychologist Robert Plomin and the National Institute of Health.

Twenty years ago, Plomin decided to undertake an ambitious study of 15,000 sets of twins in Britain. The subjects (who were 7 and 9) were tested academically in three subjects: math, writing, and science. Next, they were asked to rate how confident they were about their abilities in each subject. From this study of twins, Plomin theories that genetics have an impact on our confidence (as defined by our ability to do well) to as much as 25%-50%, whereas the rest is affected by environment, experiences and upbringing.

This suggests that some of us may have a genetic headstart to self belief, though we can all enter the race. It’s also interesting to point out that this study also showed that believing you will succeed, is a reliable predictor of actually doing so.

Research of 342 participants from the NHI identified a genetic marker for optimism and self esteem. It is also worth considering that the commonly considered opposite of confidence, shyness, is also considered to be around 30% genetic, though researchers and psychologists often have opposing views on this.

In a nutshell, some scientists believe that traits such as confidence, optimism and shyness may have genetic influences that play a part, along with environment and external factors.

A consideration in these studies however is that they do not account for the clearly circumstantial nature of self belief. For example, Plomin’s research came to this conclusion through asking children how likely they feel they will succeed at academic based tests. This only shows us how academically confident these children felt. As an adult, I would rate myself low at completing a test, but I would have huge confidence in my ability to read a room, accurately perceive a situation and make people laugh. Likewise, the NIH study focused on optimism, which feels like a different trait altogether to intellectual self belief.

I have spoken to perhaps a thousand people regarding what areas they feel as though they lack confidence in and there is no universal regularity. People are triggered by different things. For my subjective experience I can stand on a stage and address thousands of people and believe I will do it well. Put me in a room of 5 strangers and ask me to network with them and I will hide in the toilet. Some people feel confident presenting sitting down, others like to stand. Some people feel confident presenting in small groups, others (HELLO) prefer the anonymity of bright lights and big stages.

Another biological consideration comes from neuroscience, namely, the concept of neuroplasticity, which tells us that our brains are always evolving new connections, learning new habits, beliefs and traits based on experience. One kick ass piece of research positively increased participants’ confidence over time through stimulating brain activity.

“How is confidence represented in the brain? Although this is a very complex question, we used approaches drawn from artificial intelligence (AI) to find specific patterns in the brain that could reliably tell us when a participant was in a high or low confidence state. The core challenge was then to use this information in real-time, to make the occurrence of a confident state more likely to happen in the future. Surprisingly, by continuously pairing the occurrence of the highly confident state with a reward — a small amount of money — in real-time, we were able to do just that: when participants had to rate their confidence in the perceptual task at the end of the training, their were consistently more confident.”

Whilst confidence may be genetically influenced, it is also the result of our unique encoded patterns within our brains, which we can actively influence over time.

Another consideration on confidence is when I ask you “how does a confident person behave?” what comes to mind? It may be the powerful communicators with gravitas and well projected voices. It may be those who are most likely to make conversations with strangers. Those who happily share ideas in meetings or give compelling presentations.

Robust inner confidence, I have come to learn, is inherently quiet. It is a steady, calm, resolve in your abilities. It is the ability to validate yourself, rather than acquire it from others. It is an ability to be vulnerable, to make mistakes, to have faith in your abilities.

Confidence is not measured only in how loud you can shout, it is measured in how willing you are to try.

Those who wish to become more confident may do so from a desire to start public speaking, get better with clients or pitch better in meetings and these are all positive outcomes of confidence, though not the confidence itself, that warmth spreads much farther.

Confidence as a skill

Confidence is unquestionably a skill, that can be learned, developed and applied over time. Whilst some may potentially have a genetic predisposition for confidence we can all develop a more robust self belief slowly, iteratively over time.

“Self-confidence is an essential quality to succeed in the world, such as in business environments, politics or many other aspects of our everyday life. Furthermore, confidence is an important aspect in mental illnesses such as depression and Alzheimer’s disease, where the condition is often further complicated by patients thinking negatively of their own capacities. Recent advances in neuroscience have highlighted the plasticity of the brain, indicating it is malleable even later in life.” – Science Daily

A couple of years ago when I began giving confidence training to women in an attempt to get more of us on stages, I perceived myself as confident. I wasn’t, not really. I was happy to stomp about on a stage, but I was worried about my ability to sustain my career, network or even to sustain meaningful relationships. Through ongoing research and discovering the true nature of confidence, from learning through others as I help them with theirs and ongoing work on myself I am starting to develop a robust sense of confidence that positively influences all aspects of my life, rather than only in my circumstantial situations. And I promise you, whatever your environmental factors or genetic makeup, you can too.

If you are interested in becoming more confident and taking real control over your career, you can contact us or find out about our events here. 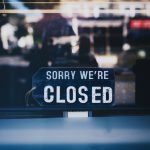 71% of us have turned down opportunities due to a lack of confidence. 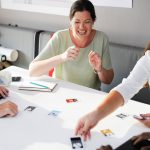 To be better leaders, we have to stop telling people what to do 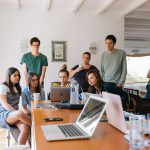 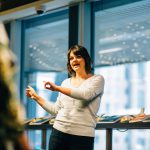